The privacy-focused DuckDuckGo browser purposely allows Microsoft trackers on third-party sites due to an agreement in their syndicated search content contract between the two companies.

DuckDuckGo is a search engine that prides itself on its privacy by not tracking your searches or your behavior while performing searches. Furthermore, instead of building user profiles to display interest-based advertisements, DuckDuckGo will use contextual advertisements from partners, like Ads by Microsoft.

While DuckDuckGo does not store any personal identifiers with your search queries, Microsoft advertising may track your IP address and other information when clicking on an ad link for "accounting purposes" and is not associated with a user advertising profile.

"Tracker Radar automatically blocks hidden third-party trackers we can find lurking on websites you visit in DuckDuckGo, which stops the companies behind those trackers from collecting and selling your data," explains the Apple App Store page for the DuckDuckGo Privacy Browser.

However, while performing a security audit of the DuckDuckGo Privacy Browser, security researcher Zach Edwards discovered that while the browser blocks Google and Facebook trackers, it allowed Microsoft trackers to continue running. 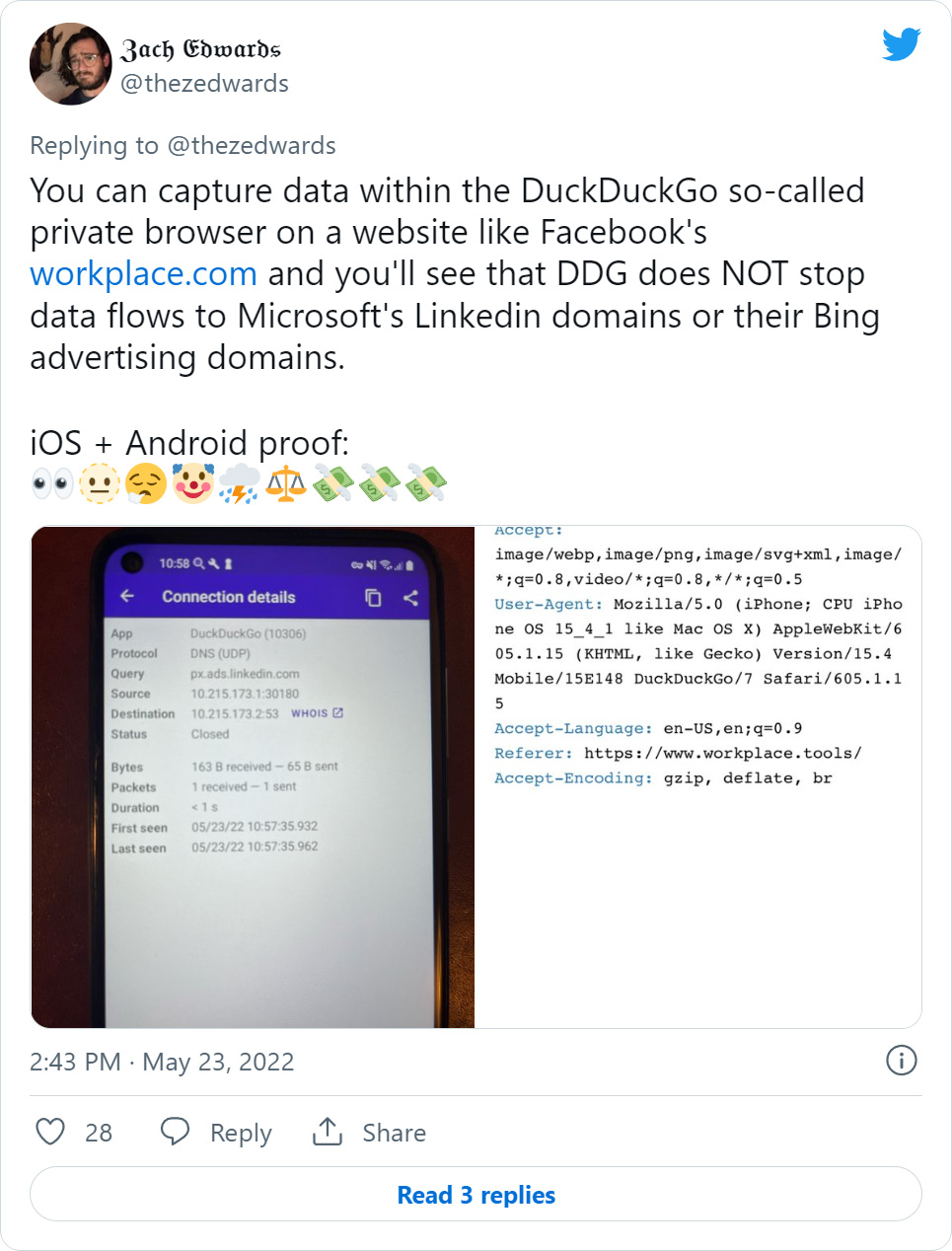 Further tests showed that DuckDuckGo allowed trackers related to the bing.com and linkedin.com domains while blocking all other trackers.

In response to Edwards' long thread on the subject, DuckDuckGo CEO and Founder Gabriel Weinberg confirmed that their browser intentionally allows Microsoft trackers third-party sites due to a search syndication agreement with Redmond.

For non-search tracker blocking (eg in our browser), we block most third-party trackers. Unfortunately our Microsoft search syndication agreement prevents us from doing more to Microsoft-owned properties. However, we have been continually pushing and expect to be doing more soon.

This has led to quite the uproar on Hacker News, where Weinberg has been defending the company's transparency surrounding the agreements with Microsoft.

While DuckDuckGo has been transparent regarding the advertisement partnership with Microsoft, it is not clear why they did not disclose the allowing of Microsoft trackers until a security researcher discovered it.

This revelation comes at the wrong time, as DuckDuckGo recently went after Google for their new 'Topics' and 'FLEDGE' tracking methods, saying, "Google says they're better for privacy, but the simple fact is tracking is tracking, no matter what you call it." 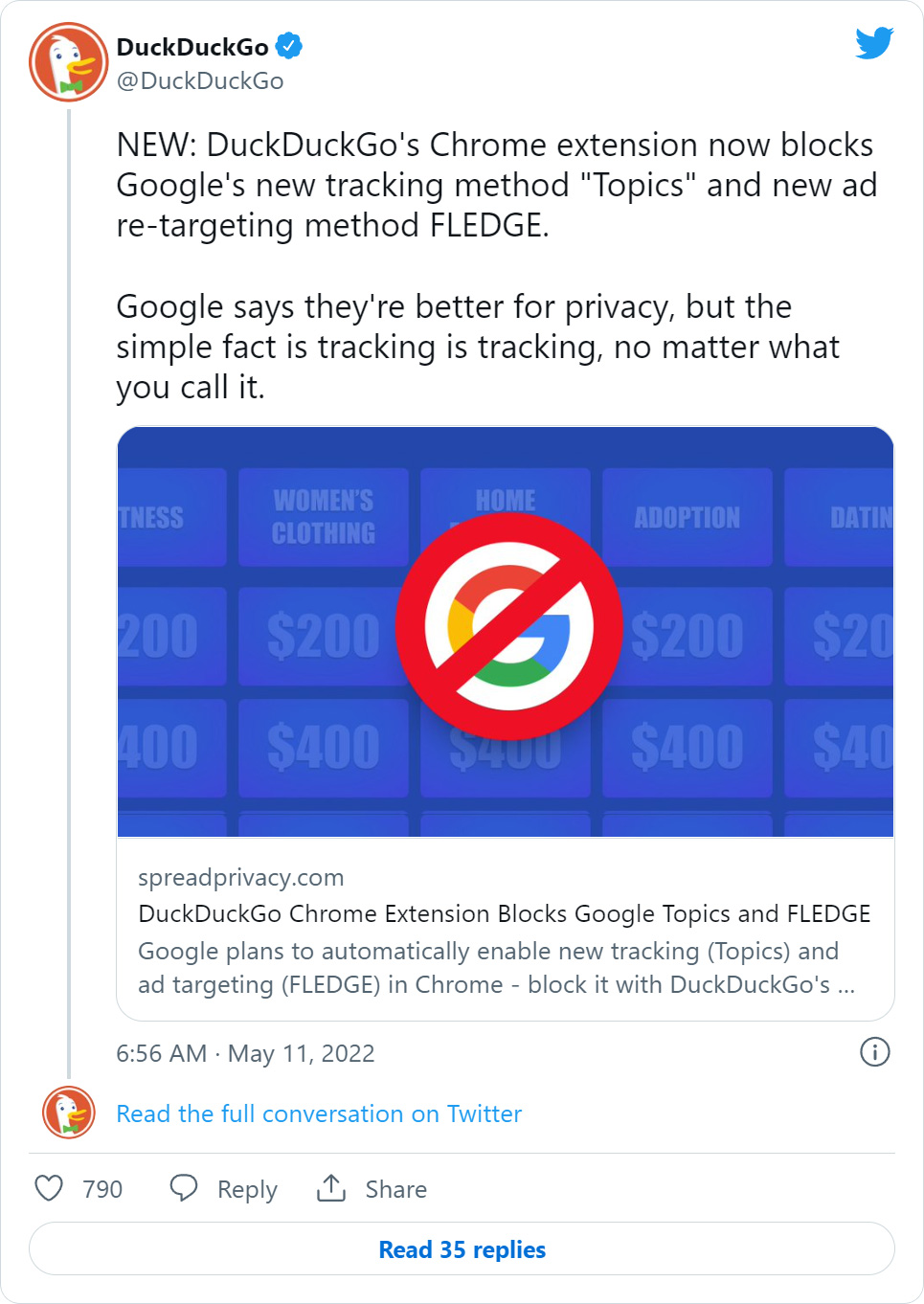 After publication of this story, DuckDuckGo's Weinberg replied to our Tweet stating that they are working to remove this restriction from their agreement and to be more transparent in app store descriptions.

"In addition, we are working with Microsoft to remove this limited restriction the article refers to. We're also working on updates to our app store descriptions to have more information. Hope this is helpful context."