This fake BitVex cryptocurrency trading platform claims to be owned by Elon Musk, who created the site to allow everyone to earn up to 30% returns on their crypto deposits.

These videos are legitimate interviews modified with deep fake technology to use the person's voice in a script provided by the threat actors.

An example of one of the scam videos can be seen below, where Elon promotes the new scam site and says he invested $50 million into the platform.

However, if you look carefully, you will see that the deep fake synchronizes the person's talking to the threat actor's script, which is so silly as to be comical.

How do we know this is a scam?

While it is obvious that the interviews have been altered to simulate Elon Musk's voice to promote the BitVex trading platform, numerous other clues show that this is a scam.

For example, a YouTube channel that displayed gaming videos in Arabic suddenly began showing a series of YouTube Shorts that promoted the BitVex scam. In addition, BleepingComputer has found dozens of other YouTube channels hijacked similarly to promote this scam.

Once you visit the BitVex trading site itself, it becomes more apparent that this is a scam.

For example, the site claims that Elon Musk is the CEO of the trading platform and contains endorsements from Ark Invest's Cathie Wood and Binance CEO Changpeng Zhao.

Site claiming that Elon Musk is the CEO
Source: BleepingComputer

To use the BitVex platform, users must register an account at bitvex[.]org or bitvex[.]net to access the investment platform.

Once you log in, the site will display a dashboard where you can deposit various cryptocurrencies, select an investment plan, or withdraw your earnings.

Like almost all cryptocurrency scams, the dashboard will display recent withdrawals of various cryptocurrencies to make the site appear legitimate, as shown below. 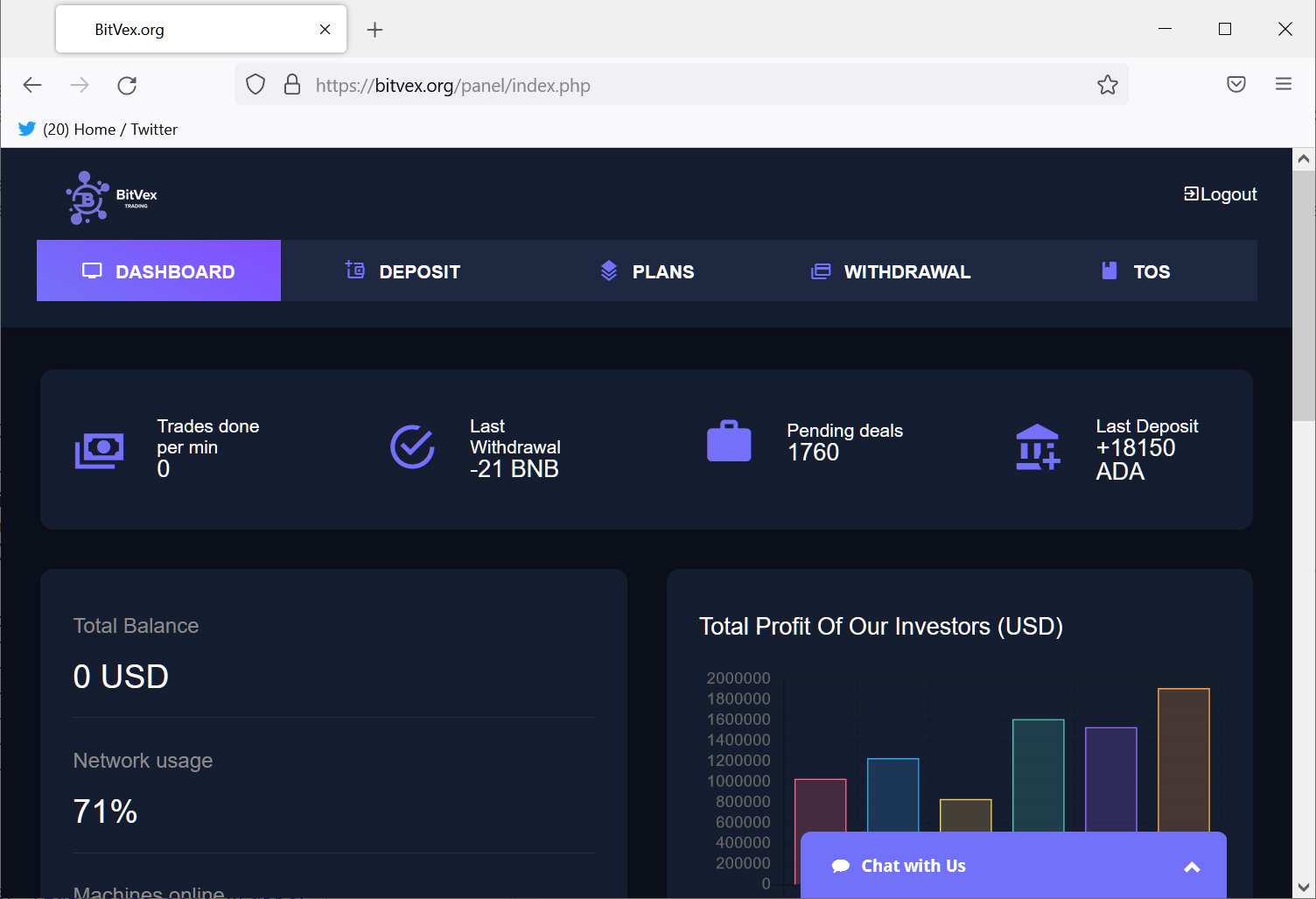 However, these withdrawals are created through JavaScript, randomly selecting one of five different cryptocurrencies (Cardano, Ethereum, Bitcoin, Ripple, or Binance Coin) and randomly generating withdrawal amounts. These fake withdrawals are changed randomly on each page refresh. 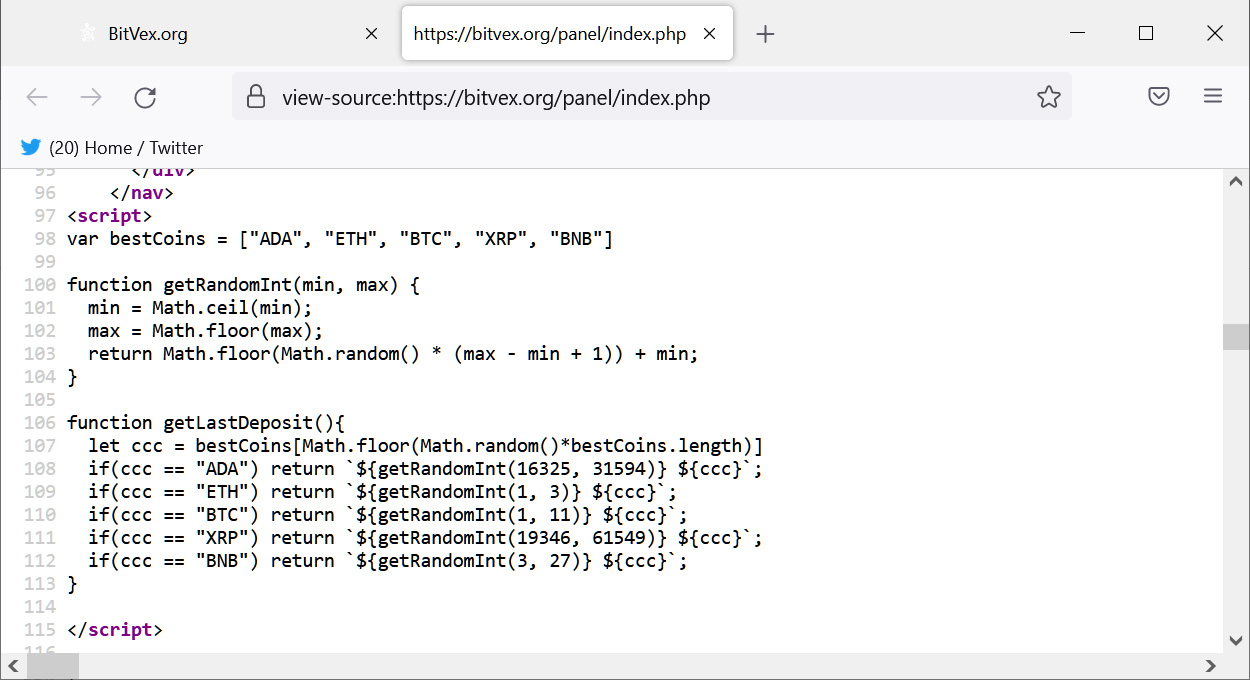 Thankfully, the scam does not appear too successful, with only $1,700 deposits to the scam's cryptocurrency addresses seen by BleepingComputer. However, these addresses are likely rotated, so they could have stolen more since the scam launched.

Some of the cryptocurrency addresses used in this scam are listed below:

While it may be hard to believe that people would fall for these scams, fake cryptocurrency giveaways and investment schemes are known to generate millions of dollars for threat actors.

These scams have gotten so pervasive and profitable that the FTC released a report warning that $80 million has been lost to cryptocurrency investment scams since October 2020.

Therefore, it is essential to recognize that almost every crypto giveaway site is a scam, especially those allegedly from Elon Musk, Tesla, SpaceX, Ark Invest, and Gemini that promise massive returns.

If you see emails, tweets, videos, or other messages on social media promoting these types of giveaways, remember that any cryptocurrency you send will not produce anything in return.